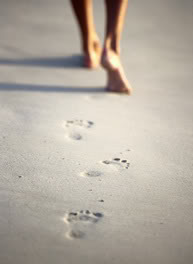 One of The Looking Glass Foundation for Eating Disorders' Founding Members, Dolores, shares part three of her family's story as her daughter battled with an eating disorder. They say the darkest moments come before the dawn, and it rings true in this story of her family's courageous pursuit of hope.

This next season was full of our family’s most arduous days where we were walking on eggshells not wanting to upset Denise. The home atmosphere was overflowing with tension, and simple conversation was guarded.

Summer included many trips to different doctors’ offices for weigh-ins, lab work and appointments with a psychotherapist.  Denise was spiralling into a very dark hole and we felt helpless.

I slowly learned about “negative self-talk” and started being able to understand that she had a voice inside telling her not to eat. I learned that the tempo and loudness of that voice is all-consuming and that it was all that she could hear.

As bizarre as it may sound, this eating disorder had taken over our daughter’s life. As time marched forwards, I continued on with a stiff upper lip and we spent many hours, days and weeks in fear of the worst.

Denise was now on a waiting list to have an assessment at Children’s Hospital. All she was told as she waited was, “Maintain your weight.”

Denise was trapped inside a world of her eating disorder and it was taking complete control of her thoughts and actions and getting the help she actually needed seemed hopeless. We didn’t know if such help even existed.

Six months later, Children's Hospital called and finally we thought that things were going to start turning around. They wanted to admitted Denise as her condition had deteriorated quickly but still there was no bed. Denise isolated from her family and friends. There were only 3 beds in the whole province and they were full.  We took a number and waited.

On December 12, 2000 a bed opened up at Children’s Hospital and Denise was admitted. Two weeks went by and Denise had a slight improvement and was even allowed to come home for Christmas Eve.

Finally, seven weeks after she started at Children’s Hospital, Denise sought to recover. She had researched many treatment facilities that could help her overcome this life threatening disease. She told us, “Eating more food was not going to fix the problem, I really want to get better but I need more therapy.”  She wanted more than she could be offered at Children's at that time.

We heard her plea for help and began a conversation with a treatment center in Arizona. Seven weeks after arriving at Children’s Hospital, we signed Denise’s discharge papers and got on a plane with her to fly south.

Arizona-bound, Denise slept most of the way. I spent every moment of the plane ride cherishing the time we had before I would be giving her the last hug and kiss I would get to give her for quite a while.

Check out Part 1 and Part 2 of Dolores' family's courageous story of hope and recovery from an eating disorder. Stay tuned for more coming soon.