Advice by Kaela: Can Boys Get Eating Disorders Too? 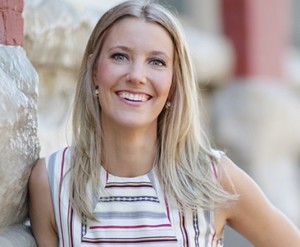 Question: Can boys develop an eating disorder? I think my son is making himself sick but I am not sure what to do?

Answer:  Yes! This is a really valuable question because sadly eating disorders are often believed to only affect teenage girls. Males can absolutely develop eating disorders. In fact, approximately 10-15% of people who suffer from anorexia or bulimia are male. Additionally, males are much less likely to receive treatment because they tend to tell themselves it is a disorder that only affects females, so they suffer in silence for even longer.

Don’t ask him straight out if he has an eating disorder because if he doesn’t feel ready to address it yet, he will likely tell you he is fine and shut you out. Additionally, many people struggle with the term eating disorder, using these words to begin with may cause greater resistance to getting help. Instead, check in on him and tell him you are concerned. Ask him if he is okay and then tell him you heard him making himself sick. Let him know you aren’t angry or upset, you just want to make sure he is okay. He may choose to talk about it, he may not. Your job is simply to reinforce that you love him, are concerned for his wellbeing and that you are there to talk when he is ready.

Broaching this topic isn’t easy for anyone and it is likely that it will make you and your son anxious. Remember the first step is raising the topic. You don’t have to come up with a solution right away (it is likely you won’t) but you do need to remind him that you take his wellbeing seriously and won’t neglect his suffering. After a few weeks, raise the issue again by letting him know you are concerned, that you don’t want to sit back as he hurts himself and propose some options for getting help.

Eating disorders affect many males and it is important you intervene as soon as you can. The faster you get the ball rolling, the faster your son gets well.

Kaela Scott is a Registered Clinical Counsellor who specializes in Eating Disorders. She runs her own private practice and works with the Looking Glass Foundation in both their summer camp and their Hand In Hand Program. She has been passionate about working with eating disorders since freeing herself from her own struggle and realizing what it is like to be happy and well. When she isn’t working, you can find Kaela either cozying up with a cup of tea and her friends or up in the mountains going for a hike.

Advice by Kaela: How To Take Care Of Yourself As Covid-19 Restrictions Lift
May 21, 2020

Advice by Kaela: Setting Boundaries With Your ED
April 27, 2020