It's Not Just Skin and Bones: The True Face of Eating Disorders 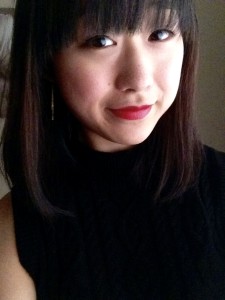 herself strategically in front of the mirror, sideways, so that the incoming light accentuates the hollow crevices between her ribs. Her frail figure barely stays upright as she sucks deep into her diaphragm, and each protruding segment of her rib cage reminds you of the human skeletal model that hung in front of your biology classroom — limp and lifeless.

I can tell you this right now. My eating disorder never looked like this.

Even when I got to the point where my life became completely controlled by the wrath of restricting, binging, and over-exercising, I was never really that thin. My weight only ever dipped slightly below the healthy range, and looking back, I can honestly say that there hasn’t been a point in my life where I appeared to be noticeably sick. I presume that this was why it came as such a shock to most of my family and friends when I went public about my five-year struggle with an eating disorder.

To many of them, eating disorders only had one portrait — the one that the media has come to embrace. The skin and bones, the fighting for life through tubes, the inability to function in everyday life. No one suspects the active, energetic girl that’s decided to take on a ‘healthy eating’ regimen, or who just so happens to be busy every time you invite them out for dinner, or tells you that she’s chosen to eat before and is ‘too full’ to have anything.

It all began with a seemingly harmless ‘tone up’ initiative that I had taken on following a phase of gradual weight gain in my late teens. First, it was simply having one cookie instead of the usual three that I would have for a snack. Then, it was replacing the one cookie with an apple, the apple with nothing, dinner with an apple… which eventually turned into no dinner at all, with an hour-long workout at the gym in its place. Before I could recognize what was actually happening, my everyday life became revolved around the scrutinization of food intake, along with the complete inability to skip a single exercise at the gym. But when I ran into acquaintances that I hadn’t met in a while, I would often be complimented with a, “Hey, you look great! Did you lose weight?”, and these words soon became my ecstasy — my addiction.

After a while of locking myself in to a strict, strenuous regimen (and admittedly losing a significant amount of weight), my sheer physical need to survive began to take over, and a new villain appeared. At the end of each and every day, I began to cave to the famished plea of my hollow stomach, and night after night, I would consume my entire day’s worth of restricted intake in a matter of minutes, gorging uncontrollably on anything and everything that I could get my hands on.

What came after each binging episode was what ultimately tore me apart. Each night, I was filled to the rim with a preposterous amount of food, along with the overwhelming sensation of self-hatred as I crawled into bed. Staring at the ceiling, I let myself drown under wave after wave of guilt and self-loathing, coming to the realization that I had failed yet again to meet my self-imposed rules of restraint. After having spent the entire day turning down plans with my friends for the sake of skipping a meal, or passing on my favourite pastries while I studied at the cafe, there I was again — doubly weighed down by the food that I had just inhaled, and the burden of it on my conscience. In the time it would take for me to fall asleep, the self-hate would gradually give way to the obsession to negate, and the next morning’s schedule would be set: wake up at 6:00am with four hours of sleep. Hit the gym. Burn it all off.

What most people fail to understand is that during this entire time through which I was suffering from mental torment, on the outside, I appeared to be completely healthy. With the stringent training that I was doing at the gym, my body wasn't a vision of skin and bones, but toned with muscle definition. On the rare occasions when I did let myself take a second to re-think my disordered habits, the tenacious fear of reverting and losing all of my ‘progress’ would assume its place instantaneously.

I write with the hopes that someday soon, a shift will occur with the ways in which we perceive eating disorders, and understand them for what they truly are. By and large, eating disorders are mental, yet have somehow come to be synonymous with its potential, physical effects. Too many people, whether it be themselves or a loved one, live in a void of denial due to the belief that they just aren’t thin enough or sick enough. Things need to change. Eating disorders are about so much more than the shocking vision of skin and bones — and recognition of this fact on a greater scale is one of the first steps that must be taken in fighting against this ever-growing social epidemic.

Asaka is a recent graduate from the University of British Columbia, where she pursued her interests in Sociology and Gender Relations. Having spent much of her student life fighting and recovering in silence from eating disorders, she has now found her passion in reflecting and writing on her personal past experiences. She hopes that her recollections will both provide support to those who are suffering, as well as spread awareness on the largely overlooked, stigmatized issues surrounding eating disorders.