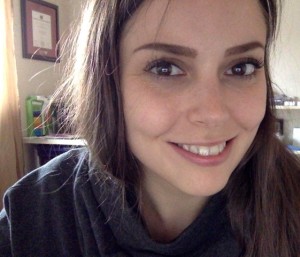 June 2nd was the first ever World Eating Disorders Action Day. On one hand, I want to be excited that such an important issue now has its own day, but on the other hand, I cannot bring myself to celebrate quite yet. Although this day will hopefully mean more activism, the fact that eating disorders have become a big enough problem to warrant their own day also means that we are not where we need to be.

With this in mind, I want to share something that we can all do to make the world a bit better, especially for those who struggle with eating disorders and poor body image. It’s very simple and practical: Do not comment on other people’s weight. Period.

First of all, it’s not our business what other people weigh. And not only that, it doesn’t matter. In fact, weight doesn’t matter. As a predictor of health, it has value, but only when considered with other predictors of health, not in isolation of them. And the other thing about health – it comes in many shapes and sizes. Yes, we have been living in a culture that touts weight, among other things, as all-important, defining characteristics, but this is only to prime us with discontent so that we can be sold products and services.

Secondly, no one knows why another person’s body is changing. Stress, cancer, thyroid problems, hormonal imbalances, autoimmune disorders, and dozens of other medical problems can cause unintentional weight loss. Imagine how terrible it would be to compliment someone for losing weight only to find out that a terminal illness and not a fad diet was behind the person’s new look.

And then there are eating disorders.

Had people not given in to the urge to comment so freely and so constantly on my weight as a teenager, I probably would not have marched down the specious garden path that led straight to anorexia.

I am not saying that other people’s comments caused my anorexia (they didn’t) but I will say that the running commentary on my body played a significant role in laying the groundwork for what became a painful, life-threatening illness.

During a stressful period in my life, I lost weight without meaning to. It was such a small difference that I barely even noticed, but everyone else did. Everywhere I went people were congratulating me as if I’d done something really important and worthwhile. They assumed that I had lost weight on purpose, and without knowing how or why it happened, they admired me for it.

It seemed I was always running into someone who just had to say something about my “new body.” At first it was just my classmates and their parents; then it was my karate instructor, my soccer coach, my teammates, my teammates’ parents, the pharmacist, the checkout clerk, family friends, neighbours, the mail delivery person, and basically anyone else who saw the “before” and “after” leapt at the chance to tell me how much better I looked now that I had lost weight.

I hadn’t planned to rejoice and celebrate this weight loss, and I certainly hadn’t planned to continue losing more, but that’s what happened. The constant weight-focused attention made me feel as though my body was not mine; it was everyone’s. Its purpose was not to do things, but to look a certain way, and then to be scrutinized or lauded accordingly. Most of all, it was to be controlled. My body could never be authentic, and neither could I.

In my pre-anorexia days, I had secretly admired thinness, but I had never strived for it. As a severely ill, underweight husk of my former self, I had attained the elusive thin body, and as always, even though I was emaciated, there was still a dizzying fog of positive comments surrounding me. A few people told me I looked ill. The odd time strangers would call me, “Skeleton” when I walked by, but mostly people complimented and encouraged me. I knew I looked unwell, but it wasn’t until recovery that I started to see that all these comments were flowing from our culture, and that they really didn’t have anything to do with me at all.

I used to think that gaining weight was the worst thing that could happen to me. I knew, of course, that there were plenty of other, way more terrible things that could happen, but gaining weight was a fear that hovered over me, waiting to strike me down. Being in a culture that is saturated with images and ideas of how a woman is “supposed” to look also made it very hard for me to purposely gain the weight I needed to. I was living in a version of reality where I was only one move ahead of unmitigated terror, and it was always about to slam down on me.

And then one of those way more terrible things happened: My sister, Shannon, died.

The grief was paralyzing. It wasn’t until the months that followed, when the shock began to wear off, that I realized the true cost of my eating disorder.

Shannon mattered so much more than my weight, but I had not always shown her that. That I often chose my eating disorder over her is a regret I still carry with me. Now that she is gone, I can never make it up to her.

Wherever my sister is, I hope she can see that I am healthy now. I am also much wiser than I used to be.

People still make comments, of course, but now I see them for what they are: Mere reflections of our culture’s idea of an attractive body. It’s easy to adopt the dominant idea of attractiveness when we have all been bathing in its tyranny from birth. In fact, the young-thin-pretty female ideal is so pervasive we have almost lost the freedom to decide what is beautiful for ourselves. Rejecting these indoctrinated preferences requires a degree of open-mindedness and critical thinking.

We’ve all been fed lies about our bodies, but here is the truth: Health is important, but it is not synonymous with a certain body type. Strength and fitness are physiological qualities, not the privilege that comes with having a body that looks a certain way. Attractiveness is more than one narrow, predetermined definition of beauty that is churned out and served to us by mass media and marketing companies.

Danielle holds an undergraduate degree in psychology. In the future, she plans to pursue graduate studies in counselling psychology. She devotes her spare time to advocacy work, playing sports, and enjoying the outdoors. She is fully recovered.