Calorie Labels: A Symptom Of A Disordered Culture? 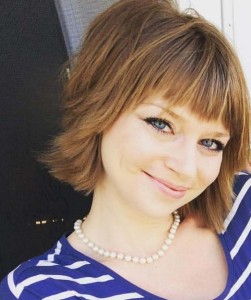 Calories have been in the news.

As of January 1st 2017, many major restaurant chains in Ontario are now required to post calorie counts beside their menu items, and perhaps not surprisingly, everyone seems to have an opinion about that.

As I was flipping through the comment section of one news article, I was taken aback by the vehemence of the remarks: some people fiercely accused the government of “nanny state” practices, others angrily argued that it was only right that restaurant owners be held accountable for what they put in their food, and others, who found the information helpful when deciding what to have for lunch, were annoyed that it hadn’t happened sooner.

I was affected by the news too—it touched a very raw place in my heart. So I left a comment of my own. “We are all”, I said, “terribly concerned about the epidemic of health problems related to people being overweight and inactive—and there is cause for concern—but have we considered the problem of eating disorders? This, too, is an epidemic”, I wrote, “and those unavoidable numbers beside menu items could be a major stumbling block for someone in recovery or someone at risk of developing obsessively controlled eating habits. This legislation proposes to be for everyone’s good, but is it compassionate?”

One person replied to my comment, patronizingly and dismissively. She said eating disorders “are way more complicated than that; calorie counts wouldn’t make a difference”, she stated.

I am, however, keenly aware of how complicated eating disorders can be and it is for this very reason that I am concerned about this legislation. I want to be as sensitive and thoughtful as possible towards those who are struggling because I know, from my own journey of recovery, that triggers lurk around every corner. Yes, those triggers are different for everyone, but decades of research has shown us that “calorie counting” is a major contributing and maintaining factor in many eating disorder cases. And, as we already know, the numbers of people experiencing eating disorders are only growing. So my question is: what will our next generation of at-risk young people do when they see those numbers?

So my question is: what will our next generation of at-risk young people do when they see those numbers?

My guess is: they’ll start keeping track. They’ll change their minds about what they want to order; they’ll decide they didn’t “feel” like having that particular food anyway. They’ll store away the information about what they had for lunch and it will have a direct impact on what they choose for dinner. The numbers of one day—i.e. the failure or success of a particular day—will then influence the choices of the next day. And the next. Until the cycle is firmly established and those “innocent” numbers inform every decision they make.

For me, an eating disorder was a prison and the numbers were my jailers. If I saw the nutritional information on a package of food, I instantly rejected it, regardless of what it said. I couldn’t eat something if I knew “how many” calories? were lurking within. As I recovered, I made sure all the packages in my cupboards were turned so that the nutritional information was facing away from me. When my mother sent me care packages at university, she would scratch out the label with black permanent marker. (I loved her for doing that—it was a kind of freedom.) These days, I am thankful for every calorie in my food, as it provides the energy I need to live, love, work, and play.

But perhaps I am wrong for feeling this way. When I tried to find academic research on the issue, I located only three relevant articles and all three agreed: calorie labels had no adverse affect on a control group of people with symptoms of disordered eating. However, when I Googled the same question, I discovered that there were others who felt the same as I did; in fact, in December, one proactive young woman from Ontario started an online petition in the hopes of repealing the legislation that made calorie labels compulsory. I applaud her.

I recognize that I am sensitive and biased to this issue. But I can’t help but be saddened by our society’s seeming inability to simply enjoy food and respect our bodies’ needs. We don’t know how to “relax” when it comes to eating; that strikes me as tragic, indeed. I do not pretend to have the answer, but I do believe that calorie labels—the supposed need for them and the multiple problems surrounding them—are just one more symptom of a disordered culture in which people, of all sizes, are deeply hurting.

The following articles were referenced:

Jordi Sutton is a counsellor-in-the-making, currently based in southwest Saskatchewan. She’s passionate about helping people stand up to eating disorders and reclaim their lives. She’s also kind of passionate about her two-year-old son, who is teaching her what it means to be ridiculously joyful and brilliantly unashamed.