I remember the first time I learned about eating disorders. My mom bought me an illustrated book called “Woman Up!” from Chapters. She got it after Laura, a girl in my fourth-grade class, got her period during Capture the Flag. Laura was so spooked, she fainted in her hiding spot by the blackberry bushes. I had canned the book under my bed and it didn’t resurface until Cara found it while she was snooping for my leopard-print diary.

“Vaginas are less scary in cartoons,” Cara told me as she flipped passed the double page spread titled “What’s in your underpants?”.

The section on eating disorders took up a left-hand page. The drawing was a young girl with stringy blond hair. She had dark-ringed eyes and wore jeans that bunched around her knees and at her ankles. She had prickly vertebrae and clavicles as defined as chopsticks. She gazed at herself in a full-length mirror – her reflection a super-sized version of herself.

This is anorexia the book told us.

I didn’t learn about eating disorders again until the Healthy Living Section in Planning 10. We’d spent the morning going over examples of what a healthy life looked like. I wrote “Eat more fruits and veggies” and “Hit the gym” while Cara wrote “Don’t huff glue” six times over. When we reached the section on eating disorders, Mrs. Dunn copied two definitions from the textbook glossary. She wrote with a red dry-erase marker, in all caps on the whiteboard:

We listed symptoms of EDs beside circular bullet points. We memorized the two definitions for half a mark each on a Healthy Living quiz. The topic pigmented our minds and faded just as quickly.

I left high school with two, fading academic definitions, and an ever-lasting idea of what an eating disorder looked like: female, teen, self-indulgent, attention-seeking.

I majored in Psychology during University. Dr. Portman had PowerPoint presentations titled “Ways to Identify a Psychopath” or “Different Objects that Represent a Phallus in Dreams” but not much was said about eating disorders. There was an unspoken rule that, by twenty, we were immune to developing an eating disorder. We could place EDs in the “Not Me” pile, along with teenage pregnancy and getting a rebellious nipple piercing. 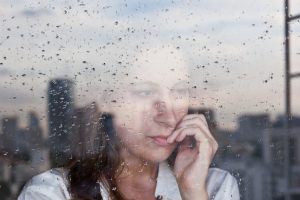 Looking back, I wish I’d learned so much more.

I wish someone had told me that sufferers highlight every comment muttered about EDs. They will replay that time Mike Fitz said in the A&W parking lot, “Bulimics have it figured out; they get to taste their food twice.” They'll remember their best friend polishing off a plate of butter chicken and saying, "I am so full I could throw up. But I'm not that desperate." They’ll picture their mom saying, “Can you believe Pat’s daughter was bulimic at twenty-five?” as she sautés onions. They’ll latch onto those memories and tiptoe further into the coldest and darkest mode of isolation.

I wish someone had told me that an eating disorder could look and feel exactly like me. 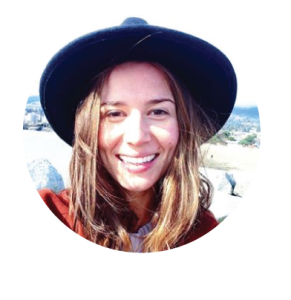 Steph is a Psychology/Biology Major from UBC Okanagan. She's into practicing Hatha & Yin Yoga, writing short fiction/non fiction and snacking on Vlasic Kosher Dill Pickles. She is inspired by those brave enough to bare their vulnerability.