If This is an Eating Disorder, Doesn't Everyone Have one?

I recall being in the fifth grade and wondering why I didn’t resemble the other girls in my class. I did, I was just under the impression that I didn’t. Who I was in my mirror and who I was in photos was not the same entity. It was draining to be ten years old and worrying about problems bigger than my adolescent mind could even fathom, but I believed it was something that passed through everyone’s minds. We talked about mental health in school, but it never really deviated from the typical depression and anxiety discussion. I was young, of course, but I really had no idea what was going on in the corners of my mind. I was just discovering myself, my place in this world, and my body. I was introducing myself to this whole new life of lust and romance, a life in which I didn’t think I made the cut. I felt undesirable to the point where I would fake ill just to be sent home because I couldn’t bear to be seen in public. This was at the age of 10, where my only problems should be cleaning my room and finishing the fifth grade.

Ninth grade was much more difficult than I had anticipated it to be. I had just established a group of friends in which each and every girl was intoxicatingly beautiful, and I was in constant concern of whether or not I fit into that brand— but I assumed that was something that nearly every teenage girl went through (as if it was a right of passage). It wasn’t until webegan a project in class, in which we were to use a popular calorie counting app to record our intake for two weeks and finish off with an introspective essay on our individual health. The difference between me and the other students is that, after the two weeks, I didn’t stop. I kept tracking my eating for months, sticking to the automatic caloric intake goal, which was already extremely low compared to a proper healthy diet, until even that became too much for me. I guess you could say it gave me a rush, emotionally and physically, something I assumed my classmates felt as well. 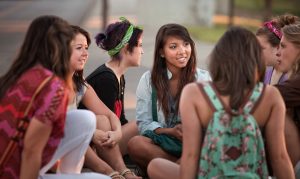 This didn’t stop me, though, it just brought on shame. This shame caused me to hide it in any way I could, regardless of the repercussions. Eventually, it became a sort of game to me, like I had this secret that no one else knew about and it made me feel powerful. I never felt powerful before. This nature of the disorder went on for years until my health caused it to be brought to the attention of those close to me.

There's a lot of misconceptions about how eating disorders develop. It’s not about the food— it’s about punishing yourself. It’s a coping mechanism in which you desperately need dominance over your life and decisions because your surroundings and/or mind is out of control.

I guess that’s when I understood that not everyone is depressed. Not everyone has mental illnesses. I grew up in the mindset that my mental illness induced thoughts were normal, that my maladaptive coping mechanisms were just a part of growing up, but they're not. What I went through and what so many other people go through is not normal, so it’s fair to be consumed. It is fair to second guess every thought you have because you can never know if your disorder is clouding your rational judgment, and it is fair to feel weak. That does not mean you are weak, though. Getting treatment and reaching out for help was the strongest thing I have ever done. 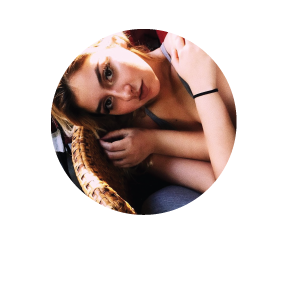 Alessia is a psychology major at Simon Fraser University and hopes to specialize in clinical counselling. Her interests lie in fine arts, poetry, and spending time with her loved ones. She openly speaks about her recovery and is always willing to lend a helping hand to those struggling with their mental health.