A Cultural History of Eating Disorders

I don’t have Netflix, so I haven’t seen “To the Bone,” the latest “anorexic drama” starring Lily Collins. I don’t think I want to; it looks stupid and stereotypical. But the pictures of Collins, pretty and pale-cheeked in her oversized hospital gown, her face perfectly made up …these are causing me to consider the depictions of eating disorders with which I grew up. I had anorexia in 1992, when I was 16, so in the years before that, I was paying perhaps a bit too much attention to media portrayals of the disease. But really, in 1992, anorexia was everywhere.

Illnesses are cultural phenomena. Doctors and health researchers have long asserted the difficulties of diagnosing people in the past, as patients and physicians describe symptoms in terms understandable to a particular time and place. In this way, England’s Queen Mary I, who in her childhood suffered from “pangs,” has been labelled in modern times as suffering from a varied selection of diseases such as anxiety and endometriosis, through to anorexia. Links between culture and eating disorders, though, are often seen as closer, what with cultural perceptions of beauty and femininity. Could we, asks Joan Jacobs Brumberg in her award-winning Fasting Girls: The History of Anorexia Nervosa, conceive of anorexia before Twiggy?

Eating disorders did of course exist before 60s fashion gurus started making shift dresses to highlight a new, young, and thus thin, body ideal. But it’s hard to know when eating disorders began, when medical practitioners first talked about patients whose relationships with food were recognizably screwed up. Still, few are in doubt that the first eating disorder identified was anorexia nervosa. First mentioned in the 1870s by numerous practitioners, the fame of anorexia was ensured by the fact that one leading consulting physician was William Withey Gull, renowned for his later association with Queen Victoria. (She wasn’t anorexic. He helped cure her son of typhoid.)

Fast forward to the new century, and eating disorders still weren’t really visible. But in the 1960s, cases of hospitalization spiked, and doctors began to specialize in eating disorders, including Maria Selvini-Palazolli, the physician who blamed anorexia on the new, post WWII Italian affluence. In 1974, eating disorders became part of the popular lexicon, primarily anorexia, of course, which earned its own subheading in the Reader’s Guide to Periodical Literature, a library reference tool that lists popular articles for specific topics in a given year. By 1983, eating disorders had claimed their “first” celebrity, singer Karen Carpenter, dead of heart failure and hypokalemia (low potassium), symptoms of self-starvation, or anorexia. By 1984, anorexia was familiar enough to be used as a joke. In “Splash,” a store clerk comments on Daryl Hannah’s beauty and thinness. “My daughter’s lucky,” says the clerk, in a line now often cut out of showings. “She’s anorexic.”

Anorexia was not the only eating disorder known in the 1980s. In 1979, physician Gerald Russell identified bulimia, which he called it an “ominous variant” of anorexia. Later it was suggested that Karen Carpenter, holder of several prescriptions for vomit-inducing medication, was really a victim of this second disease. Still, it was anorexia and its accompanying glamourized images of elegantly slender pretty young women, that had caught the public’s attention. 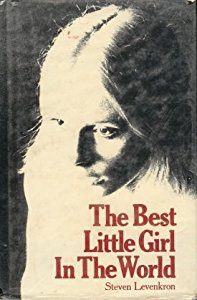 In the late 1970s and early 1980s, there were “dramas,” stories where a descent into, and sometimes a recovery from, eating disorders featured as the primary plot. Often these were books, set in the new and growing genre of “young adult.” And mainly these were about anorexia. Arguably the first and almost certain the best known of these was Steven Levenkron’s 1978 novel, The Best Little Girl in the World, the sales of which were later boosted by news that psychotherapist Levenkron had treated, or tried to treat, Karen Carpenter. It centred on a young girl, Francesca, who suffered from, of course, the newly topical disease of anorexia. In 1981, the book became a film, starring Jennifer Jason Leigh, whose admission that she had dieted herself into the role led to rumours that she, too, was anorexic.

By the late 1980s and early 90s, anorexia, familiar enough to be recognizable by shorthand, was present in a good many popular tv shows and books. In a series of teen books (Maggie Adams, Dancer; Maggie Adams: 18th Summer; Stay on Your Toes, Maggie Adams!) by Karen Strickler Dean, Maggie’s friend Lupe is terrified of getting fat. She skips meals…problem! In Beverly Hills 90210, blonde and beautiful Kelly has only to pinch her waist and look pensive, and we know there’s trouble. Sweet Valley High, the popular book series that later became a (short-lived) tv show, performed a cheat. Tricia is pale and picks at her food; anorexia is suspected, but then we learn that she has that other 1980s disease, leukemia.

In all these depictions, stereotypes rule. All are of girls. Ballet, an environment associated with femininity, features prominently. Dean’s Lupe is a dancer. In The Best Little Girl in the World, Francesca, too, takes lessons, and it’s a comment by her dance teacher, that first starts her on the path to her eating disorder. All are white, Western, well-off. Kelly lives in Beverly Hills, not exactly the world’s poorest, most diverse neighbourhood. In The Best Little Girl, Francesca is hospitalized and given a black and presumably lower-class roommate. Francesca’s behaviour, says the roommate dismissively, is found only in silly “white girls” who can afford it.

I look at the world today, and I do see some changes. Sure, Collins is white, and so, it looks like, is everyone else in the production. To her credit, Collins has been open about her own struggles, but, as the daughter of Phil, she’s Hollywood royalty, so no rich girl stereotypes smashed there. But changes are still present in other media. In Not Otherwise Specified by Hannah Moskowitz, yet another young adult book featuring eating disorders and ballet dancing, Etta Sinclair is bisexual…and black. This is important; in 1992, indoctrinated by the media, I thought you couldn’t get anorexia if you were black. To be fair, I didn’t know anyone who was black either, but researcher Joan Jacobs Brumberg, author of Fasting Girls: The History of Anorexia Nervosa, calls anorexia a white disease.

And perhaps even more important, other eating disorders are adding to depictions of anorexia. In “Gossip Girl,” the bottoms of Blair’s high heels, seen under the half-door of the bathroom stall, signify that she is kneeling before the toilet; she has bulimia, not anorexia. Glee’s Marley, too, has bulimia. This matters. Yes, you could argue that these depictions are still of the same old stereotypes, a glamorization of yet another eating disorder, and an ignoring of others. That’s problematic. Blair and Marley are white, and reasonably well-off. (I know Marley says she’s poor. That’s some nice fashion for a poor girl, and she doesn’t have to work.) They dress well and look pretty. But 140 years after the identification of eating disorders, over 40 years since eating disorders made it into the public eye, maybe it’s time we saw them at least a little bit more in their entirety. 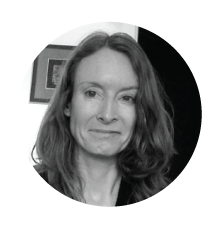