Acceptance of the Present - The Past Belongs in the Past

A catalytic moment in my recovery was when I realized that I had been trying too hard to assimilate my present and future with my past. What does this mean?

It means that even while I was actively engaging with my counselors, trying new coping mechanisms, and trying my best to open up about my thoughts and feelings surrounding my mental illnesses, I was always subconsciously framing everything I did as steps that would bring me back to my “normal”—me before my eating disorder, severe depression, and anxiety.

This meant that I was unknowingly refusing to make room for the me that had all these conditions. I was trying to erase her existence to get back on track. I was always subconsciously framing everything I did as steps that would bring me back to my “normal”—me before my eating disorder, severe depression, and anxiety.

I didn’t realize what I was doing until I had made so many small alterations in my life that my core principles and values had changed, and friends began to notice and comment on them.

Some examples of changes I noticed:

It thus came to a 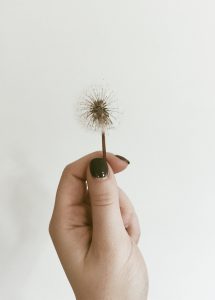 This makes reconnecting with old friends and acquaintances difficult because I feel and think so differently now. There is, at times, an unspoken pressure to maintain these relationships by re-inhabiting my old self sans eating disorder, depression, and anxiety because that would be easy, but is that beneficial to anyone? I don’t think it is. However, I have at the same time made so many new friends who embody the values and principles that act as the current cornerstones for my character that I don’t feel too saddened by any inevitable distance I experience with others. How could I expect to be able to live in the present when I kept setting myself up for the past?

I’ve thought long and hard about what it means to be in the present and can finally conclude that it means, in part, choosing to not use your past self as a point of comparison. This is easier than it sounds because it necessitates the awareness of the language you use in your thoughts. The most common refrains I would catch myself using were:

These phrases, in time, became prognostic; I would fall into pensiveness every single time I began a train of thought with such auxiliary words or phrases. They say that insanity is doing the same thing over and over again and expecting different results—so how could I expect to be able to live in the present when I kept setting myself up for the past? I had to eventually acknowledge that these words did not help me. They were anchors that prevented me from thinking as the person I am today, and they stopped me from being able to picture a realistic future.

That is why I have since chosen to readjust my frames of reference by replacing those phrases with:

and can confirm that it’s been a change for the better. Words are powerful and choosing the right ones can infuse you with a sense of autonomy and self.

Even as I acknowledge all this, I am keenly aware that old habits die hard in the world of eating disorders, depression, and anxiety — and my past was full of them. I find myself at times trying to hold onto who I used to be to justify actions I want to, but should not, take in the present. It’s hard, and sometimes I slip up, but I remind myself that progress is motion forward and that I get to choose who I want to be.

What does the present and future mean for you?

Queena recently completed her BA double major in political science and English literature at the University of British Columbia, and currently works at a law firm. She advocates open and critical conversations on mental health. Queena hopes to contribute to the dialogue for recovery by sharing her own experiences with an eating disorder, depression, and anxiety.