Pride Month has begun, and with it, a series of events, testimonies, and celebrations to remind us that while there has been so much progress, the struggle for the LGBTQIA+  community is far from over. Every human being, regardless of gender identity, self expression, or sexuality has the right to love, happiness, and acceptance without a need for conformity, yet to this day that isn’t the reality. I myself, as a young transgender man, have been discriminated against. Yet for that exact reason, I choose to not be silent. So this Pride month I want to speak and share about my experience, especially for those who cannot and who have been silenced by oppression.

But why here? I wanted to share on the Looking Glass blog because part of my journey to self acceptance as a transgender man is through my battle with an eating disorder. And unfortunately I am not alone in that battle. Individuals in the transgender community are significantly more likely to suffer from an eating disorder than those who are not transgender, or cisgender, and this reality is too often forgotten or ignored. 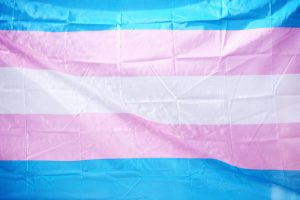 So what does it actually mean to be transgender? Being transgender means I have a different gender identity than the sex I was assigned at birth. And I understand that without personal experience it can be a hard concept to wrap your head around, so the best way I can describe it for myself is being born in a body that isn’t my own, like waking up each day as a guest in my own home. I don’t belong in the body I have, and there is this unquestionable sense of homesickness for the person I know I was always meant to be. I have felt this from as early as I can remember, and this ache for who I know I am supposed to be only goes away when I am seen and affirmed in the gender I see myself as.

Dysphoria is the term for this conflict or homesickness between who as a transgender individual, I feel I am and the body I live in. Yet like with any conflict, I, and many others look for a solution, a way of coping, and a way to control what seemed out of control. So as I began my pubescent transition from my childhood androgynous body to that of the woman I wasn’t, I found my own means of gaining control and coping.

I was 10 years old when puberty began, and as I grew into my womanly figure, that inner sense of dysphoria intensified. Yet my masculinity, even as a kid, continued to come through. All I wanted was to play soccer with the other boys, go biking, and swim with my shirt off, but I realized that that wasn’t okay anymore, I wasn’t one of the boys anymore.

At school I became a freak and an outsider. I didn’t fit in with the boys or the girls, so I then believed every slur thrown against me. I kept the questions and feelings I had about my gender identity inside of me, about why I didn't feel like I belonged regardless of the fact that I didn’t even have the words to explain the feelings of dysphoria within myself. I was in a place where I felt I had no control over my body, my sense of self, and who I was as a human being. I was ashamed of my differences. So in my attempt to cope and gain control, I therefore turned to food and exercise.

At 13 years old, fuelled by weight loss and the desire to stop puberty, I was diagnosed with anorexia and later, bulimia. There was immense pain within myself and I held on to the promise of my eating disorder that the next kilo lost would finally be enough to give me relief from the conflict inside of me. Yet it was never enough, with every kilo lost I only became sicker, and was pulled even deeper into my disorder until everything I had and wanted had been lost. I struggled for years in and out of treatment, hospitalizations, residential programs, doctor’s offices, and dietitian appointments. But it took me getting to a point where I couldn't go back anymore, a point at which I can no longer reverse the damage, for me to realize that I was wasting every opportunity I had to be loved, accepted, valued, and to live.

I had to give that young little boy who just wanted to play soccer, ride his bike, and swim with his shirt off an opportunity to be exactly who he was always meant to be. I needed to show him that he wasn’t a freak or an outsider, and that the slurs he was called weren’t true. He was and is so much more. 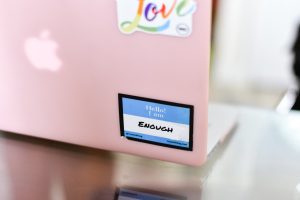 Last June I allowed myself to honor that little boy, and I came out to my family. I was able for the first time to share my story, and in that moment, even simply saying out loud, “I am transgender,” I could begin healing.

Yet as many of you will know, recovery is not a straight line. I’ll admit this past year has been difficult. But it was difficult in the sense that I was finally beginning to fight against my eating disorder. Yes, there have been more hospitalizations, and treatment programs, doctors appointments, and dieticians, but for the first time I am asking for their help instead of refusing it. I am finally leaning into the support I am given.

I am in recovery because that is what I know I need to do, not only for myself but also for that little boy, and for others suffering from eating disorders, especially those in the trans community. Each and every one of us deserves to know that there's more out there than our disorder, that we’re worth so much more than we believe and that we will grow to learn and love and accept ourselves for who we are.

Now that Pride Month has begun, I will march with honor and celebrate my own progress in self-acceptance and self-love, and also acknowledge the struggles that are still far from over. Every human being, regardless of gender identity, self expression, or sexuality has the right to love, happiness, and acceptance without a need for conformity, and although that isn’t the reality at this very moment, I hope to be part of the Pride movement that makes it so. 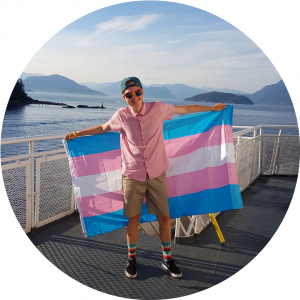 My name is Ronny Lekx and I am a young transgender man living on Vancouver Island, Canada. I am currently a senior at high school, and working to be an advocate for the transgender community, particularly in the field of mental health with my own experience now being in recovery from an eating disorder. Post-secondary, I hope to become an LGBTQIA+ Therapist, and continue to advocate, support, and educate to allow for each and every one of us to have the freedom to express ourselves, to love, and to identify in a place of acceptance and compassion.