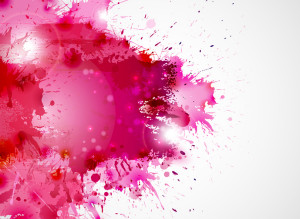 I thought of an analogy though, which was really helpful in giving me motivation during my recovery. If you take a white shirt and dye it pink, you wouldn't be able to recognize that it had ever been a white shirt. But if you find a way to get the pink paint off, there is still that white shirt underneath.

This was where I was making a mistake. My plan had originally been to first figure out who I was, and then get rid off all the leftovers because that must be my eating disorder.  And the problem with this was, that I had to find parts of me that hadn't been touched by my eating disorder. But those parts didn't exist. This led to me to feeling like I had no identity other than my eating disorder.

Really, what I had to do was just start by picking away at the things I knew were my eating disorder, and eventually, I would find myself underneath. It's like picking away at the pink paint on the shirt. And eventually, I did start to find myself. I learned new things about myself. I loved tea (or any warm sweet drink for that matter), I discovered faith in God, I learnt that I loved photography (and was actually pretty good at it too). I also rediscovered old parts of myself I had forgotten. I rediscovered my love for animals, the solace I found in music, and reformed old relationships which had been lost.

Figuring out who you are is just part of the process my friend. Yes, it is a scary part. But I believe in you. Keep chipping away at that pink paint, one day you will find the white shirt underneath.

Throughout her high school years, Kylie has been battling and recovering from anorexia, and now spends her free time helping others struggling with eating disorders. She hopes to pursue veterinary medicine in the future as well as continuing her contributions to the fight against eating disorders.