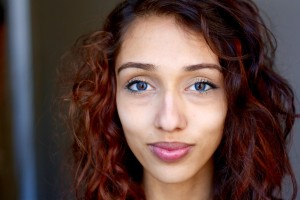 When I woke up in the hospital that morning, I was still partially in shock. I was a chronic case; I’d resigned myself to living with an eating disorder for the rest of my (purportedly numbered) days. After a decade in the child and adolescent treatment system, I had given up on external help. I understood why the doctors were concerned about patients’ weight, but I could not fathom the lack of focus on our mental states. So I really never thought I’d find myself in this setting again.

It wasn’t so much the fact that I was in another hospital ward, awaiting treatment. To be honest, I had anticipated landing in another treatment program eventually. I knew I was sick, and I knew everyone around me believed it to be a serious problem. Being forced into the hospital for a few days so they could ‘stabilize’ me was inevitable.

I’d just never imagined I would be the one signing myself in.

I thought they’d drag me in, kicking and screaming –threatening me with the all-powerful ‘Form 1.’ But that’s not what had happened.

I had picked up the phone and booked an assessment a couple of months ago.

I had come in to see the doctor, nodded while they told me their inpatient program would be a good fit, and clarified that I wouldn’t be able to come in until the semester was over.

I had answered their call on April 25th, the day after my final exam, and thanked them for letting me know that a spot had opened up.

I had packed my meagre suitcase and strolled in through the sliding doors yesterday.

This time, the only one responsible for my predicament was myself. And while that was terrifying, it also felt so incredibly good.

After fighting so hard for so many years to keep myself out of places like this, I was still having trouble wrapping my head around my current situation. It had taken a substantial amount of cajoling to persuade myself to try this out, and I was reassured by the fact that this time, I could simply leave if it became too much. I could stand up in the middle of a meal, declare my independence, and breeze out the doors without a backward glance.

It almost happened during the very first meal. After weighing me and sending me for blood tests when I’d arrived, the nurses had gathered the other inpatients so I could be introduced. They gazed dully at me, an air of resignation stifling the room.

My eyes had flickered from face to face, simultaneously scanning their bodies in what I’d hoped was an imperceptible manner. Despair threatened to burst through the dam I’d built up inside when I realized I didn’t belong here. They were all so frail –while I knew in the logical part of my mind that I was probably thin, I was definitely not as gaunt as they were.

Then I recognized her. Two years later, and if it was possible, she was even tinier than she’d been back then.

I delved into my memories, thinking back to my time imprisoned in another hospital –an activity I’d made a habit of avoiding at all costs, if I could help it. On the day they’d finally deemed me well enough to graduate to the outpatient program, there had been a few goodbyes. She had been one of them. I hadn’t thought it would be difficult, but it was.

None of us had been allowed to talk much about anything but the most superficial of topics, but the bonds we’d forged in there stemmed from unspoken mutual understanding and hatred for our surroundings. A group of children and teenagers, trapped and force-fed until the tears no longer came. The treatment team undoubtedly had good intentions; unfortunately, though, the approach was simply not working for many of the patients.

As I’d watched her waving at me from down the hallway years ago, I’d hoped she’d make it out soon.

Now, as our eyes met and hers widened in recognition, I could feel the scars on my heart threatening to tear afresh. They may have forced her to eat back then, but they clearly hadn’t driven out the anorexia. She was back, just like me. Just like so many others. How could they purge us of this illness –this parasite– that we clung to as tightly as it clung to us? We were simply driven closer to our eating disorders when they attempted to wrench them away.

The eating disorder had hissed at me as I dragged it into the hospital this time. It told me that nothing would be different; they’d force food down my throat until I was at a satisfactory BMI, and then I’d be unleashed upon the world. Unleashed upon myself… and it would all be undone in a matter of weeks.

So while I was surprised to find myself back in a hospital of my own volition, I stayed. I made it through the first night, listening to the familiar sounds of the heart monitor as I stared at the ceiling and thought about how different my life could be.

And then, in the morning, I committed. I committed to separating myself from the illness, and to one day reclaiming the identity I lost so many years ago. I accepted that my real enemy was the anorexia, and that was the first true step in my journey toward recovery.

Nikhita is a student at McMaster University, where she is studying health sciences. She hopes to use her experience with an eating disorder to make positive contributions to the field and empower others to seek recovery.