When The Mirror & Reality Don't Match 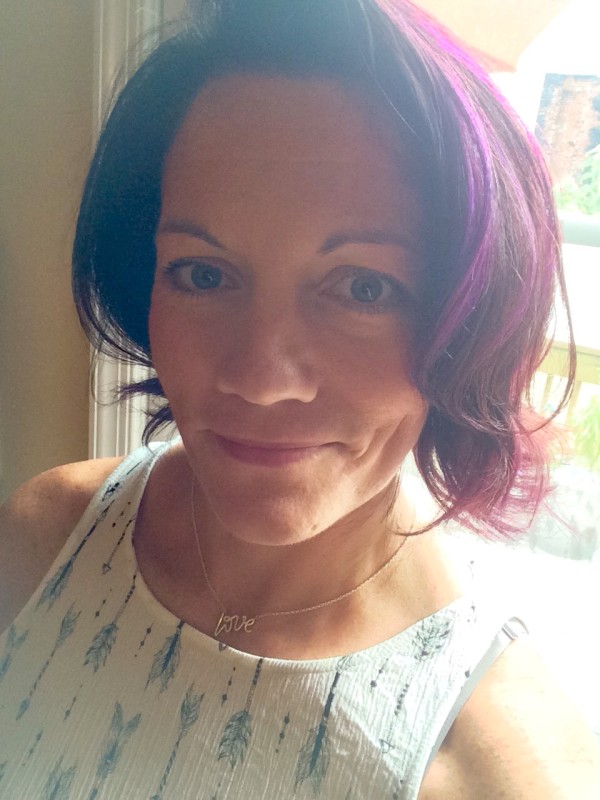 At the height of my eating disorder, what I saw in the mirror and what I actually looked like were two very different images. There are not many pictures of me that reflect how sick I was around this time. This is partly due to the fact that pictures back then were taken on film and had to be developed, so there were far fewer pictures taken in general. It is also partly due to the fact that I avoided the camera like the plague. The few pictures I do have show a thin version of me, wearing several layers of clothes to keep me warm and hide my frail body, but they do not accurately convey the reality of what was happening to me at the time. I look at those pictures now and can see that I was too thin. I distinctly remember though that how I saw myself back then, the reflection in the mirror, was vastly different than reality. I learned while I was hospitalized that this is called body dysmorphia and that my mind was “playing tricks” on me. What I saw in the mirror was an overweight unattractive girl, and no matter how thin I got or how many people told me otherwise, that image did not change.

I have worked diligently over the past two decades to get to the other side of my eating disorder…to get to the side where I am moving closer to recovered rather than circling around eating disorder behaviours. Much of the “work” is no longer work, it comes easily and requires only a little mental energy, and I am extremely grateful and proud that I can say that. I have accrued a great amount of insight into my emotions, into what drives my behaviour, and what motivates me to keep on the recovery path.

Frustratingly, the body dysmorphia continues to rear its ugly head far more often than I would like. It is not constant…it does not affect me every day for weeks, months, years on end like it used to. It comes up at the times when I am most stressed, most tired, and most vulnerable. It’s like an unwanted house guest that invades your space for an entire day. I feel like my clothes don’t fit right, even though they do. My face looks puffy from every angle, even though it doesn’t. Every picture I take with my kids gets deleted because everything about how I look is wrong. I feel overly full even if I have taken only the smallest bite of food. All of these feelings are painfully real and upsetting and impossible to explain to someone who has never experienced it. I have heard “well, it’s obviously not reality so just stop feeling that way” too many times to count. So I sit with the dysmorphic feelings quietly, talk myself through them, and busy myself until they go away.

I have managed this way pretty well so far. I can sense when it’s there, when I am feeling like the self I see in the mirror does not match reality. I recognize when nothing looks right, nothing fits right, everything about me is not right. I have frequent conversations with myself…”this will pass, you won’t feel this way forever, get through this and you will be that much stronger…” and I do get through it. These pep-talks have become automatic and are, thankfully, effective.

I recently struggled through one of the longest bouts of dysmorphic body image I have had in a long time. My youngest son was hospitalized unexpectedly, the holidays were happening, and it was rainy and dreary outside…the perfect storm for feeling out of sorts. I was not surprised when I looked in the mirror one morning and hated what I saw. I knew logically that I could not be ten pounds heavier overnight. I had talks with myself, reminding the logical part of me that this was truly all in my head. Rather than passing in a day or two, it lasted for almost two weeks. I started to wonder if it would ever end. The talks were no longer working and I felt like I needed to find a scale and see what the number was…a feeling I have not had in many years. I could feel my strong voice of reason give way to the voice that told me to eat less and go for longer runs and worry about the fact that my clothes did not fit. I worried that how I was feeling was reality, and not a distortion.

This was an exhausting and frustrating argument to have with myself on top of the stress of helping my son recover from surgery. I cannot say for sure what ended it, but seemingly as quickly as I was in the throes of fighting with myself, I woke up one morning feeling and looking like the “real” me. The fact that this is a struggle only I can see and feel, makes it hard to express to others what it is like. I find comfort in knowing that the years of therapy and hard work have given me the internal voice and emotional intelligence to power through to the other side. These experiences though are emotional and taxing. Having a distorted body image is one part of my eating disorder that I cannot seem to shake for good. It is the one thing that pops up regularly enough that I cannot forget about having been anorexic and bulimic.

Sara is a neonatal nurse, with a master's degree in nursing education. She lives in Philadelphia, Pennsylvania (US) with her husband, 2 young boys, and 2 dogs. She openly speaks about her recovery from anorexia and bulimia with the hope that she can be a positive influence to anyone who needs it. Her passions include her kids, distance running, reading, turtles, and all things purple.